It was dark. The sky was clear, or so it seemed. I was all alone. My room had nearly suffocated me, so I abandoned it. The streets were peaceful, not a noise to be heard. Tranquil as tranquil can be. I lingered down the path. My thoughts had stagnated and I was thinking nothing at all. My pace was languid. My steps were reflex. I walked, walked and kept on walking. And as I was walking, nothing seemed to matter. For once I felt solitude was bliss.

As I kept on walking, somewhere out of the stillness of the night I heard a sound. Whether it was a thunder, I know not, because it lasted for not more than a jiffy. Till now, I was sanguine of the absence of life around me. However, after that interruption, once again I was aware of my surroundings. I was aware of the houses, of the dimmed street lights, of the sky. And of the clouds in the sky, who seemed to have appeared out of the blue.

I imaged in my mind that the clouds, too, were tired of some room, like me. They too, wanted to come out into the night and cherish its stillness. They wanted freedom, wanted something new, as if, they, too, had been confined…somewhere in the skies. Now that they were out, they wanted to pour their hearts out to someone.

And all at once, as though they had been listening to my thoughts, the clouds burst into rain. A little smile crept upon my face as I looked up the sky. A lightening occurred, not very loud, as though smiling back to me, as though I was a long lost friend. And as the raindrops ran over my face, I could feel the clouds caressing me. So I raised my hands to caress them back.

When I felt my entire body washed by the water, I knew the clouds had embraced me. And now, I belonged to them. They had poured their heart out to me and so did I. They loved me and I loved them back.

Suddenly, the rain slowed down a bit and there was a thunder. At first, I could not comprehend what that meant, but then I realized the rains, the clouds, wanted me to dance with them, for the rain had paced up again and this time, there seemed to be a rhythm. Knowing I’d love it, I kicked away my slippers and all at once, the girl who had never danced before, was swaying to the beats of the rain. There was no music, nor a dance partner. Yet, there was both-the rhythm the music and the rain my partner.

I closed my eyes and let the rain make me dance. And soon I felt myself getting nearer and nearer to the rain, as it held me closer to itself. We danced and danced and kept on dancing, never seeming to get tired. But suddenly, the rain stopped.

The clouds were gone. The sky was clear again. And I was all alone again.

I looked up the sky again, but this time I didn’t smile, for I knew, the rain was gone and the clouds, too. They would come back again, but it would never be the same, for we won’t dance again. As I stared at the sky, I felt like calling out to them, asking them for another dance. But I didn’t, because I knew it would be futile. So, I turned homewards and walked away.

It was almost dawn and the sky had turned pink. As I felt something wet on my cheek, I deemed it was a raindrop. But then I realized it was not. It was a sign that showed how I missed the clouds and the rain, how I longed to go back to them again.

And though my heart was heavy, as I went to bed, there was a smile on my face. And from then on, whenever it rains, I reminisce about the dance…

Puts the heart and the arts over everything else. Feels a bit too much, thinks a bit too much. Obsessed with words and tunes. A medico. A dreamer. An existential nihilist. View all posts by Anwesha

7 thoughts on “A Dance in the Rain”

“Words are tears that have been written down. Tears are words that need to be shed. Without them joy loses all its brilliance and sadness has no end” -Paulo Coelho 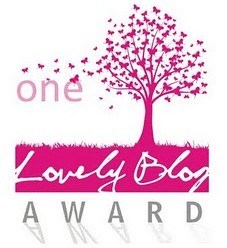 Magic of the Ink

Recent Words through the Ink