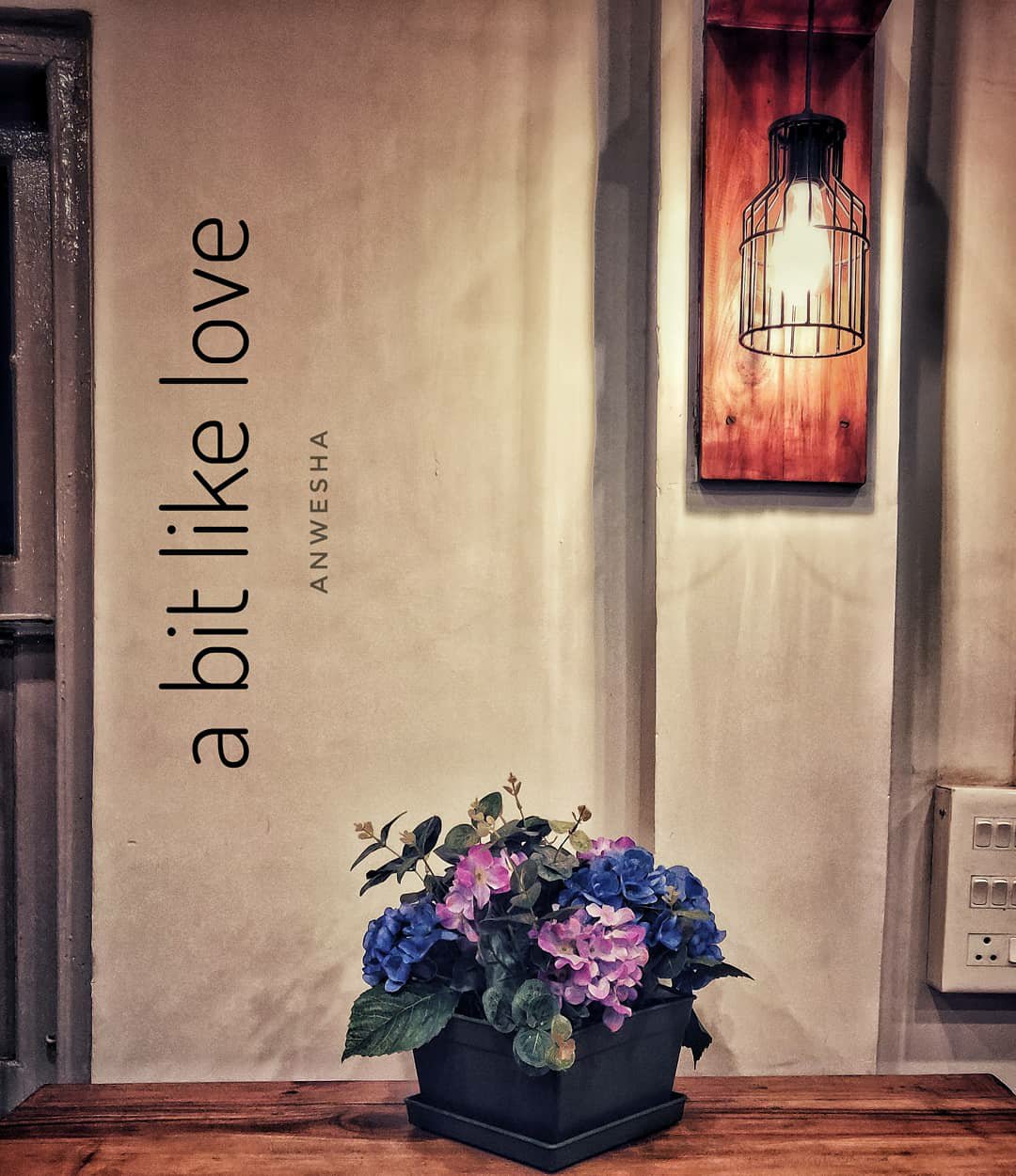 I hit the loop button too often.
They say, you can play songs on shuffle too
You know, to discover something new
For a change
Why the same song
Over and over again

I’ve read The God of Small Things
Nearly forty seven times by now
Yet every time Ammu promises to Velutha
Naaley, tomorrow, I know I’ll return again
I laugh
Despite every other book
Why the same pages
Over and over again

I visit the same cafe
Every two weeks
If possible, the same table
The same old sandwich
The same mundane mojito
They laugh,
There are other places too, you know
Try something new
Why the same place
Over and over again

I never answered
But oh, the irony of monotony!
The security in the routine
The desire to keep going back
This unquenched feeling
This is all I have

A bit like love
A lot like home
Coming back each day
To the same sandpaper hands
To the same little nothings you say.
Seven grand continents
One hundred and ninety five funny countries,
But for every next breath
For every next song
For every dimly lit cafe
For every day of my life
For as long as I can
You, on loop,
Over and over again. 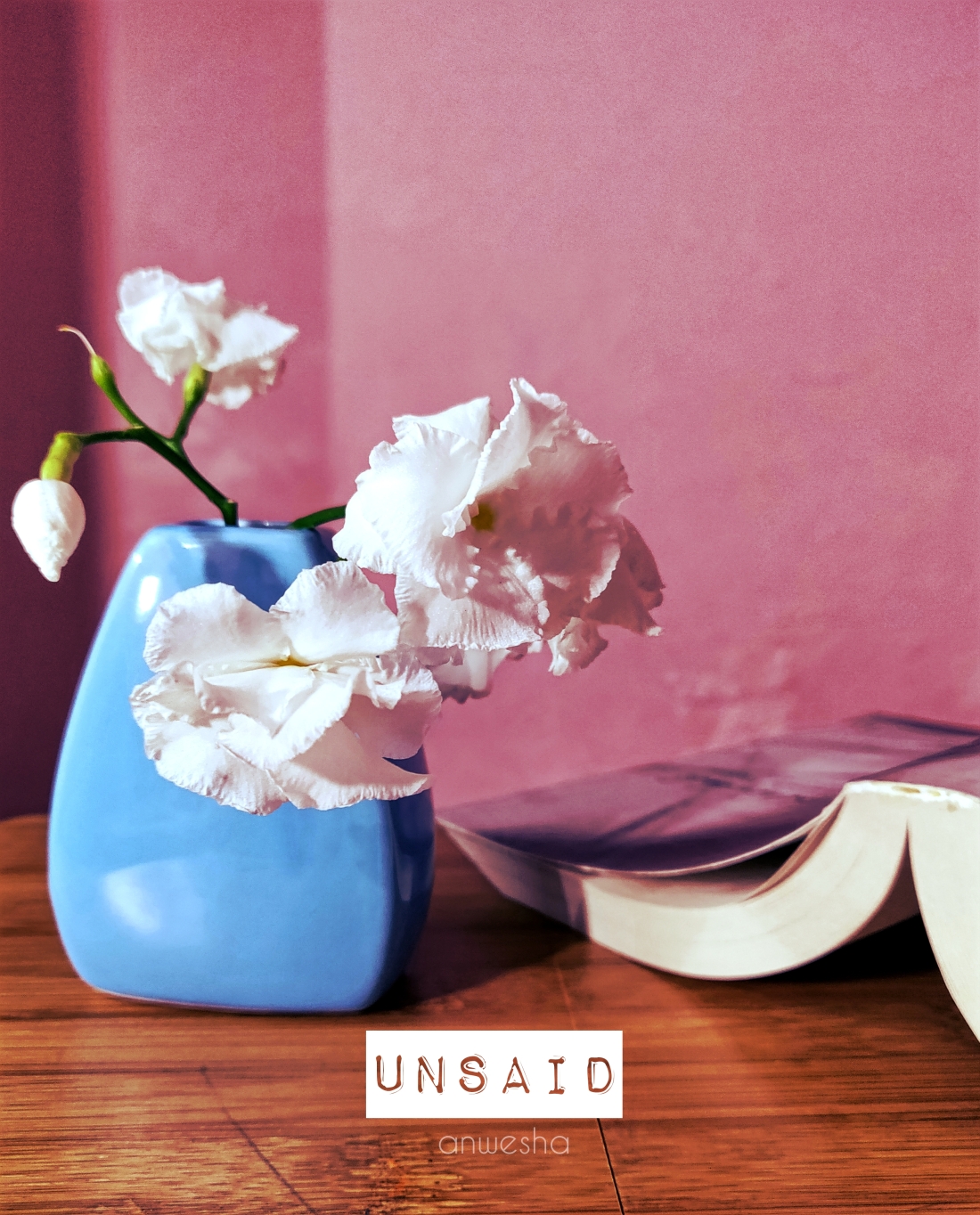 She could’ve added melody to your discordant notes

And could’ve been the song that takes you home.

She could’ve been your certainty

When all else went astray,

Been the creased photograph

to fill your empty frame.

But so much has remained unsaid for so long-

Time sent a gust of wind,

Yet the flame of fondness was never doused.

Only your words have learned

to hold on effortlessly

To the corners of your mouth. 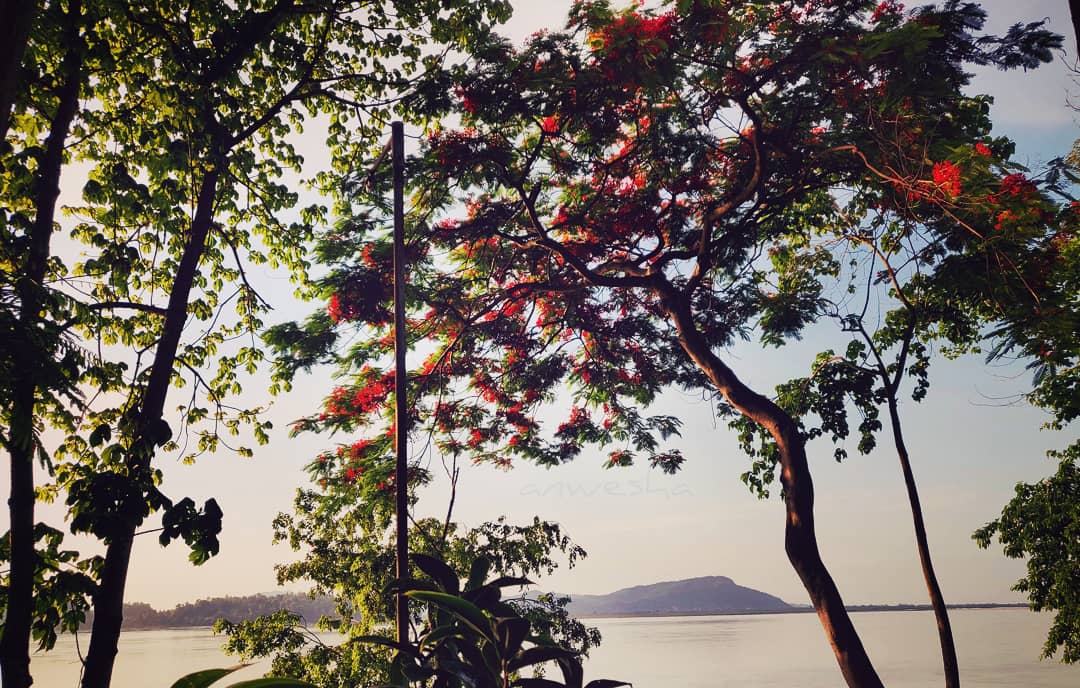 I saw you in a quiet corner,
Away from the music, away from the laughter.
I walked up to you and asked
If it was Nietzsche on your mind,
For that’s the you I had known all along-
All nihilistic and dry.
But to my surprise, “A bit of Neruda,” was your reply.
I asked, “So, tonight you can write the saddest lines?”
And I knew you could, when you looked away and smiled.
And there, away from the music, away from the laughter,
I found my repose, a calming shelter.
Let me have the burden of pretentious happiness off my shoulders,
I won’t let my reality lean on lies any longer.
Tonight I need no wisdom.
I need no reason for my being.
Let me just look into your eyes
And find a moment’s peace,
For, love, this world is a bit too loud for me.

In a maze of fear-drenched words,
In a heart of hushed up love,
In a rhymeless poem,
And in a fragile shell,
Lies stagnant and still
A dwindling vigil.

Often forgetting itself,
Often revealing itself;
Stiffening itself against the storms,
Mending the strings already torn,
There it lies stagnant and still
An inane and dwindling vigil.

I never want to, and yet I look back,

I hate it so, and yet I look back,

I know not what I yearn for, I just keep looking back,

I know not who’s looking ahead, I just look back.

All the pictures faded away,

But it’s only me, that keep looking that way.

Who’d know why I decide

To let go of all bans,

And just desperately keep looking back…

“Alright, let’s see the next one- if ten pencils cost 100 rupees, what is the cost of one pencil? Say, Mukul, rack your brains for once!” The haggard looking father tried hard to grasp his 10 year-old son’s attention. He was using the torn face of a carton to carry out the calculations. His filthy shirt almost fell off him, yet the spine chilling cold of January didn’t seem to bother him much. He was heavily engrossed in Mukul’s sums.

Mukul was least bothered about his father’s ceaseless efforts. He lay there grinning at his mother’s customers, a big bowl of puffed rice in his hands. He was in the fifth standard of the nearby government school. It was Saturday and school got over at 11.30. The sun was overhead and the quaint village by the river glistened peacefully. This was bliss and his father’s incessant questions were non-existent. Inaudible.

Mr. Chakraborty was Mukul’s mother’s customer. She was renowned for her priceless guavas, from her own tree. She felt gratified to have customers like Mr. Chakraborty who had come all the way from Kolkata. She always ensured not to disappoint them. Mukul’s father’s plight amused Mr. Chakraborty as well as his son.

“Why, Mukul? Don’t you like studying?” Mr. Chakraborty ridiculed, with a loving smile.

“Arey, Dada! You don’t know him. He is grasped by all the diseases of the world simply at the name of studies. Either his stomach aches or he feels giddy, or feels too weak to even open his eyes, or any other ailment under the sun.” Mukul’s mother said complainingly.

“I haven’t asked him to do a single sum. I just asked him to watch me. Even that doesn’t satisfy him,” Mukul’s father laughed. Mr. Chakraborty noticed how clearly Mukul resembled his father. Their grins were hard to distinguish. He caught Mukul’s father pass a covert smile to his wife, a smile that radiated their love for their son in spite of all odds.

Mr. Chakraborty couldn’t help but remember his wife, Sujata. Her gentle comportment, her mild and loving ways, her ever supportive nature , the aura of beauty and humanity which always surrounded her, her infinite, inexplicable love for their son -everything flashed across his mind. But, the thought of that night lingered on. That pit, the shattered car, the dark, lonesome surroundings, her scream, his escape, her death. The days when he was convinced he could no longer go on. The emptiness that had engulfed his life, his being. Yet, his son’s innocent, loving face had given him the courage, the motivation. His son played the double-role for him from then on.

Now Sushanta, his son, was 14. On the verge of becoming a man, Sushanta loved his father dearly. He knew what his onus really was. And he lived up to it.

“That will be 30, Dada,” Mukul’s mother’s voice brought him back. Just as he was about to take out the money from his purse, he was startled by the helpless yells of a woman behind him.

“My son! Oh, my son! They have robbed me of my son! My son!” a shabbily dressed middle-aged woman with the dirtiest hair was groping around, tears streaming across her unclean face, her eyes nearly smoldering with anxiety.  Most of the villagers around were grinning knowingly.

“She’s a madwoman, dada. Don’t bother about her cries,” Mukul’s mother said, reading the puzzled expression on Mr. Chakraborty’s face, “They are only trying to test her. She lost her mind few years back, some say it was because her husband left her. They’ll return her boy soon.”

“See, I told you! She may have lost her mind, but she never lost her love for that kid,” one of the women remarked knowledgably.

“A mother’s love never dies. The world would have died if that happened,” said another.

“Even if the world goes upside down, a mother never stops loving her child,” Mukul’s father added, with the same grin on his drawn face.

The madwoman walked back with her child, holding on to him tightly, as if no force could snatch him away from her.

Mr. Chakraborty paid for the guavas and walked towards the bank of the river. Sushanta clasped his hands as they stood by the river. The river reddened as it prepared itself to devour the bright sun.

The silhouettes of the father and son stood there for a long time. Together.

“Words are tears that have been written down. Tears are words that need to be shed. Without them joy loses all its brilliance and sadness has no end” -Paulo Coelho 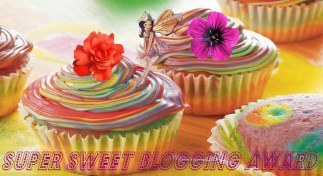 Magic of the Ink

Recent Words through the Ink

As The Ink Flows
Create a free website or blog at WordPress.com.